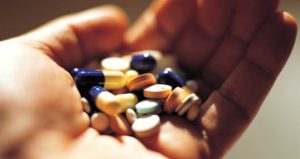 It is illegal for a person to knowingly or intentionally possess a controlled substance unless obtained directly from, or pursuant to, a valid prescription from a practitioner while acting in the course of the practitioner’s professional practice. Controlled substances include heroin, cocaine, and even legal drugs that you are not prescribed to. If the drug is possessed in an illegal manner, you can be charged with a crime for possessing any amount. If you are charged with possession of a controlled substance, you will want the drug crime lawyer Grand Rapids, MI trusts on your side.

What it means to possess something can be more nuanced than one may expect. According to the law, one must knowingly or intentionally possess the drug. The government will need to be able to prove that the person accused of possessing a controlled substance was aware that he or she was in possession of it, and that he or she knew what it was.

Without the individual’s statements or admissions about the drugs, knowing or intentional possession could be inferred from the person’s conduct. For instance, if during a traffic stop, the individual makes furtive movements in an attempt to conceal the drug, that may indicate that he or she was aware it was there and that it was illegal.

An individual may actually possess something or may do so constructively. Actual possession, such as in one’s pocket or purse, must still be knowing or intentional. The mere fact that it is in your pocket does not necessarily mean you were aware it was there. Constructive possession is when an individual knowingly has the power and intention to exercise dominion or control over a substance, either directly or through another person, or if there is enough proximity to indicate control. An individual does not need to be in physical possession of the drug. For instance, a person can have constructive possession where an agent purchases the drug pursuant to the individual’s instructions, even if the individual never gained physical possession of the drug. Possession can be exclusive, or it can be held jointly.

Interestingly, possessing a controlled substance for the mere purpose of destroying it is not unlawful. Obviously, the destruction cannot be for the purpose of destroying evidence because the police are present. But possession in order to dispose of the controlled substance may be a defense to the crime. It is important to have a lawyer to look into the possible defenses.

Because it is the government’s job to prove knowing or intentional possession of a controlled substance, you do not need to make their job easier. You don’t need to consent to a search of your vehicle if you are pulled over. You don’t need to make statements regarding whether you were aware the drugs were there if they are located. It’s best to ask for a drug crime lawyer Grand Rapids, MI can trust like the attorneys at Blanchard Law. Give us a call at 616-773-2945 to discuss your case.