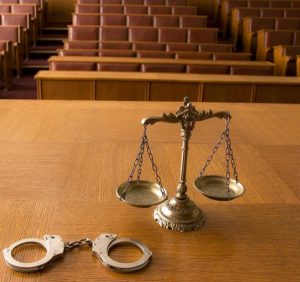 There are many circumstances in which manslaughter charges can be brought in a death that occurs within the state of Michigan.

Voluntary manslaughter occurs when a defendant caused the death of another person, and either:

The defendant caused the death without a legal excuse or justification (such as self-defense).

What separates voluntary manslaughter from a murder charge is that the death resulted out of passion or anger that was brought about by adequate cause and before the defendant had a reasonable time to calm down.

One way that involuntary manslaughter can occur is when a defendant causes the death of another person as a result of gross negligence. Gross negligence occurs when someone willfully disregards the results to others that might follow from an act or a failure to act. When a defendant could have avoided injury by using ordinary care, the need for ordinary care in order to avoid injury is apparent, and the defendant fails to use ordinary care, then gross negligence has occurred. For involuntary manslaughter, there also must not have been a legal excuse or justification for the death.

Involuntary manslaughter can also occur when a defendant causes the death of another person as a result of an assault where the defendant intends to injure a person, and there is no legal excuse or justification for the death, such as self-defense.

Defend Yourself Against Manslaughter Charges

A Greenville, Michigan manslaughter lawyer from Blanchard Law can provide you with aggressive legal representation if you have been charged with murder. Serious and lifelong penalties can result if you are convicted of manslaughter which makes it critical that you choose a lawyer who can capably protect your rights. The criminal justice system is not one that usually takes into account mitigating factors unless one has a successful lawyer by their side. Blanchard Law has represented the residents of Greenville for many years. Call us to schedule a complimentary consultation with our manslaughter lawyer who can review your case and offer insightful guidance to you at no charge.

If your situation feels hopeless, turn to us. We have an outstanding record of turning things around for our clients who were charged with a long list of serious crimes, including manslaughter. Our legal team is dedicated to fighting for the rights of our clients. We will use the full resources available to our firm to enable our Michigan manslaughter lawyer to achieve the best possible result for your case.

The U.S. Constitution guarantees the rights of Americans in many ways. One of those rights is to have a speedy trial and not be forced to languish in a jail cell, forgotten by the legal system. Our manslaughter lawyer will make sure that you are not forgotten or lost in the process. This includes fighting on your behalf to undergo a fair judicial process during hearings, include pretrial criminal charge hearings. Your manslaughter lawyer Greenville, MI residents rely on will also analyze the evidence against you presented during the discovery phase. When evidence is suspect or collected in a way that violates your rights, this will be presented to the Court and Judge.

You have rights even before an arrest occurs. You have those and other rights throughout the legal process and after the verdict is announced. If your rights were grossly violated at any time up until the verdict and should you be found guilty, then your rights violations may form the basis of a subsequent appeal.

What to do When Arrested for a Crime

When a police officer has arrested you for alleged criminal activity, such as manslaughter, you may be completely caught off guard and not sure what you should do. Especially if this is your first time being arrested, it can be stressful, scary, and you could land yourself in a worse situation if you are unprepared. A manslaughter lawyer Greenville, MI trusts, such as one from Blanchard Law, would like to make sure you can be prepared for any situation. If you have been arrested for a crime, always ask to speak to your manslaughter lawyer in Greenville, MI first before answering questions. Our criminal defense attorneys can be with you every step of the way after your arrest. Do not hesitate to contact us immediately. For more general information, please read our guide below.

What is the first thing I should do once arrested?

Immediately following your arrest, you should demand to speak with a manslaughter lawyer Greenville, MI has to offer. Most people are nervous to ask to speak with their attorney because they believe it will make them look guilty. In fact, many police officers may try to make you feel as comfortable as possible so you speak before your attorney arrives. Or, they may insinuate that waiting for your attorney only makes you look guilty. However, you have a constitutional right to be silent when a police officer is questioning you. When they begin asking you questions, clearly state that you will not be answering anything until we arrive to speak on your behalf.

What if I haven’t been arrested yet?

If you have reason to believe that police are investigating you or that there is a warrant out for your arrest, you should not hesitate to contact a manslaughter lawyer Greenville, MI respects as soon as possible. It is possible to work with the police officers to ensure they do not file charges or to begin gathering evidence for your defense as early as possible.

Common Steps After You Are Arrested for Manslaughter

You can usually expect certain steps after you have been arrested.

-Booking. When a police officer books you, they take your photo and your fingerprints. Then, you can expect to be seen by the magistrate who will determine if you get a bond.  Depending on the crime you are accused of, the price of the bond will vary.

-An Arraignment. An arraignment is when you go to court and hear the charges that are brought against you. If you do not have an attorney at this point, they will ask if you want one and set a date for your next court visit.

-Discovery and Trial. During the discovery process, the prosecution will provide you and your attorney with the information they know about the case. We will work hard to gather as much information as possible during the discovery phase. Then, at trial, it must be proven beyond a reasonable doubt that you are guilty if you are to be convicted.

While not an exhaustive list, these are things you can reasonably expect to happen once you have been arrested for an alleged crime. If you would like to speak with a manslaughter lawyer Greenville, MI community members know and prefer, please call Blanchard Law now.

Get the Right Manslaughter Lawyer in Greenville, MI

Our manslaughter lawyer at Blanchard Law aggressively protects clients and their legal rights as they navigate the criminal justice system. You will be represented throughout the process, from preliminary hearings until the conclusion of your case. It’s important that you contact our team as soon as possible so that we can begin protecting your rights immediately, reducing the possibility that you might self-incriminate yourself in the hands of manipulative detectives. Call us today for a free consultation with our manslaughter lawyer to learn more about how we can help you.

If you’ve been charged with a crime related to the death of another person, talk to a manslaughter lawyer Greenville, MI can count on to provide a top-notch defense; contact Blanchard Law at 616-773-2945 today.