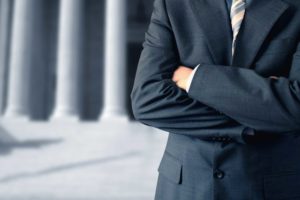 If you are being investigated for or have been accused of a crime, speak to a criminal lawyer in Greenville, MI to help the accused navigate the criminal justice system. Blanchard Law is a West Michigan law firm focusing exclusively on criminal matters, and is dedicated to helping those who are accused of a criminal offense throughout the State of Michigan to get the best possible results.

Whether you have been accused of a crime you didn’t commit, the allegations and charges are overblown, or you made a one-time mistake, being charged with a crime may be one of the most difficult situations you ever encounter. Navigating the criminal justice system isn’t easy, and all of the unknowns out there are very scary.

You often don’t know what can happen to you when you are being investigated for or accused of criminal conduct. You wonder, what are the penalties? How long will this be hanging over my head? Will I go to jail or prison? Will I be able to remain out on bond? Should I speak to the police or get a lawyer first? Will I really be presumed to be innocent?

While many criminal defense lawyers push people to enter into plea agreements that they don’t want, the attorneys at Blanchard Law are different. We prepare each and every case to take to trial, and we are not afraid of the courtroom.

A Michigan criminal lawyer in Greenville can protect your rights should you be accused of this serious crime. A charge of domestic violence may be levied against anyone accused of committing an act of violence against person whether it is their spouse, a date, a relative, or a housemate. Additional state and federal laws may apply, and the accused may be charged with additional crimes from various government agencies, particularly if the victim was considered a protected person.

Domestic violence charges can also result in a Judge issuing a protective order for the victim against the offender. A protective order in turn can affect child custody, one’s job, and many other aspects of daily life. We can defend you against existing as well as pending domestic assault charges against you.

It’s important to understand who is considered a protected individual because if relevant in your case, it may impact the domestic violence charge against you. For example, if someone commits an act of violence against the other parent of their child, this would be considered domestic violence even if the two parents never cohabited together. Protected status can also extend to those persons who have been adopted by the accused. Consult with a Greenville criminal lawyer at Blanchard Law to learn if the person you are accused of committing domestic violence against is a protected individual.

Sometimes a person is charged with domestic violence even though they did not physically harm someone. In some instances, if an individual threatens to cause physical harm to another person, they may be charged with domestic violence. This is especially true if the victim had reasonable fear that they would be harmed, or their child would be harmed by the accused who threatened them.

Violating an Order of Protection

If someone has made these accusations against you and have asked the court to issue an order of protection, it is crucial to contact a member of our legal team from Blanchard Law to defend against these charges. It is also critical to your liberty to understand what the restrictions of an order of protection are. Failure to do so could result in automatic jail time if you violate the order.

Under Michigan law, there are three types of order of protections the courts can issue:

Any type of order of protection is explicit in its instruction to the person it is issued against. They are not allowed to have any contact with the victim, not even through a third-party. They are not allowed to be in the same vicinity as the victim. Violation of an order of protection is usually a misdemeanor and is punishable by up to 12 months in jail for a first violation. Subsequent violations are often charged as felonies, resulting in longer prison sentences.

The accused, along with their criminal lawyer in Greenville, MI can respond to accusations of domestic assault and present their perspective on events. Should the Judge approve the protective order, the accused may be forced to leave the home they share with the accuser. They may also have to surrender their shared property which could include their vehicle. If they have a child custody or visitation agreement in place, a charge of domestic violence may cause a revocation of the agreement.

Blanchard Law is committed to patiently walking you through answers to the questions that are keeping you up at night. We will carefully guide you through the criminal process, and help you with making the decisions that may impact your life going forward. We make sure that we are available to you when you need answers.

In order for Blanchard Law to be most effective, it is important to contact one of our top criminal defense attorneys as early in the process as possible, before discussing your matter with the police. No matter what law enforcement tells you, speaking to them without the benefit of the advice of a MI criminal lawyer in Greenville will not result in a better resolution of your case. Let us help you to prevent problems that can’t later be fixed. If you have already spoken to law enforcement, don’t do so again before speaking to one of our highly rated criminal defense lawyers.

Here at Blanchard Law, we have been trained to successfully tell your side of the story to prosecutors, judges, and jurors. All of our attorneys have significant trial experience and a history of success in the courtroom. We keep low caseloads so that we can spend the time and energy that your case deserves in order to learn your story, and figure out the most persuasive way to present it to those who will make the decisions in your case.

What to Do Next as the Accused

If someone has requested the court issue a restraining order against you, we encourage you to contact our law firm immediately. The consequences of a restraining order can have a negative impact on any family law proceedings you may have going on, including divorce and child custody, as well as issues for work, education, volunteering, and other areas of your life.

Should you be convicted of a domestic violence charge, you will be at risk for receiving serious penalties such as jail time, large fines, and much more. You may lose your visitation or custody rights as the parent of a minor. Your job may be at risk. Protect your rights by turning to a criminal lawyer in Greenville, Michigan from Blanchard Law —call us today for a free case review.