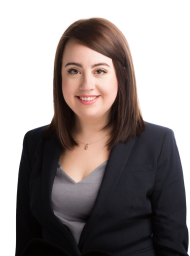 I’m told that when asked what I wanted to be when I grow up, my five-year-old self responded that I wanted to be “a zoo animal.” I’d be lying if I said that as I grew up I began to figure it out, but instead I just envied the people that had more direction for their future than being caged in a zoo.

My path to becoming a lawyer began, unbeknownst to me, in my junior year of high school. In high school, I got bombarded with solicitations from colleges all over the country, and my GPA and other credentials were such that I had a wide range of possibilities. I was exploring my options when I learned that I was pregnant. Normal life came to a screeching halt. On top of the college pamphlets that cluttered my nightstand was a copy of What to Expect When You’re Expecting.

By senior year, many of my friends were getting accepted into the colleges of their choosing and I had less direction in my life than in my zoo animal days. I knew I had to remain living with my parents to have any chance of success in college, so I picked the closest school that I was comfortable with—Aquinas College. I registered for classes with my daughter’s daycare schedule in mind. By my second year I had taken classes that corresponded with a dual major in International Studies and Political Science, so that’s what I decided to major in. An advisor told me that a lot of people with those majors go to law school. So that’s what I did.

I never thought about becoming a lawyer. Even when I got beyond the idea of becoming a professional zoo animal, it never occurred to me to pursue a career in law. I was pleasantly surprised when I began law school and realized that being a lawyer was what I was meant to do. My years in law school were some of the best years of my life. I met my husband during my first semester. I loved all my classes, and especially loved studying criminal law, so I took every class possible to study it.

As graduation neared, I began to feel that familiar feeling of not knowing what direction my life was going to go in. I had to fulfill the internship requirement, and for the first time, my path wasn’t chosen for me. In fact, my advisor said that a career in family law was the “bread and butter” and that I should strive for that. Even though I had stumbled through plenty of other life decisions that seemed to work out up until that point, I knew this was an important decision that I had to make myself.

With my love of criminal law in mind, I applied for an internship at the Kent County Office of the Defender and was accepted into the program. The experience was rewarding and life changing. I had the opportunity to help people during the worst time in their lives and I learned so much, not only about the law, but about the humanity of this profession.

After completing the internship, I wanted to continue pursuing a career as a criminal defense attorney. I began working at Blanchard Law as a clerk, researching and writing motions and briefs for a variety of criminal cases. Most importantly, I had the privilege to learn how to be a lawyer and work with people who care about the people we get to help just as deeply and feel just as passionately about this work as I do.

My family and I adopted a little black cat and it’s a joke among those close to us that it’s appropriate for us to have a symbol of bad luck because we are notoriously (albeit comically) unlucky. But I feel so lucky to have ended up where I am. Hard work and dedication certainly played a role in the direction my life has taken, but I firmly believe that forces outside my control brought me where I am meant to be, and I wouldn’t change a thing.