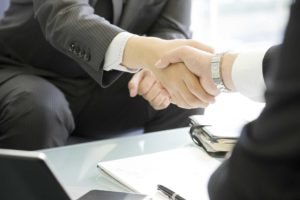 Michigan has some of the toughest laws when it comes to drug charges, including possession. If you have been charged with a drug crime, it is in your best interest to get advice from a drug possession lawyer in Grand Rapids, MI. The sooner you do so, the better off your case might be. Call Blanchard Law now.

At Blanchard Law, we feel that we are able to offer unparalleled legal advocacy and guidance for those who have been arrested and charged with drug possession. Depending on the type of drug, the amount seized, and whether or not there are mitigating factors will depend on the potential severity of the consequences. Bear in mind that if you were found to be in possession of paraphernalia, such as pipes, syringes, small bags, and so forth, you may face separate charges. In general, these are not the kind of cases to represent yourself or depend on state-offered council. You should seek a private drug possession lawyer in Grand Rapids, MI for the best possible outcome .

Like several other states in the U.S., Michigan organized controlled substances by schedules. This has been arranged in a way to help the prosecutor with prosecuting those who have been charged with possession, and also for sentencing purposes. The amount of time a person will be sentenced to jail or prison will largely depend on the amount and what the substance was.

Schedule I Drugs – These drugs generally have no medical purpose and an increase in potential for abuse. Some substances that fall within this category, include:

Schedule II – These drugs may be approved for medical use, but are often abused, and may be very addictive. They include:

Schedule III – These drugs may be used for medicinal reasons, but carry a decreased risk for addiction.

Schedule IV – These are typically drugs that may be less risky to abuse and become addicted to.

Schedule V – Most of these drugs are available over the counter and may carry a low risk of abuse.

Regardless of what substance you were charged with possessing, you should ask a drug possession lawyer in Grand Rapids, Michigan to review your case. A lawyer can also explain to you the potential penalties, which may include:

If you are charged with possession of marijuana, you may face up to $2,000 in fines and a one-year prison sentence regardless of the amount you were caught with. If the charges carry an intent to deliver, the penalties may increase.

In the event you are charged with the possession of ecstasy or methamphetamine, you can face up to ten years in prison and a $15,000 fine regardless of the amount. If you are caught with any drugs in a public park or near a school, church, or business, the penalties may increase. The same applies to those who have previous charges.

The are a range of factors in your case that determine potential outcomes; among other factors, police and prosecutors will consider the type of drug possessed and how much of the drug you possessed in determining what you will be charged with and as a result, what the penalties may be. Regardless, a charge for drug possession is a serious offense and it is important to have an attorney on your side.

In approaching a drug possession case, an experienced attorney will look at the police investigation and ensure that your constitutional rights were protected. If drugs were found in the vehicle following a traffic stop, the stop must be conducted in a constitutionally valid manner. The search must also be lawful. If police conducted a search warrant, the warrant must have been properly obtained and executed to be valid. It is also important to consider whether the prosecution can establish that the possession was knowing, meaning that you were aware and intended to possess the drugs you are accused of possessing.

The various avenues of defense mentioned above are important to consider regardless of whether you are accused of possessing marijuana, cocaine, heroin, LSD, methamphetamine, or any other drug. Marijuana, however, has other possible defenses under the Michigan Medical Marijuana Act (MMMA). It is important to have an attorney who understands how to apply the defenses to your case and keeps current on the changes in the MMMA.

There may come a time in your case where it is prudent to consider resolving the case in a way that avoids having a trial. As discussed previously, being charged with drug possession encompasses a wide range of possibilities when it comes to potential outcomes.

One option that exists is a plea and sentencing under a deferral commonly known as “7411.” It is a law under Michigan Compiled Laws 333.7411 that allows you to plead guilty to a drug possession charge and upon successful completion of probation, it will never enter onto your criminal record. In order to be eligible, a person can not have any prior drug crimes on their record. In order to get the benefits of the deferral, the probation must be completed without any problems, which includes new arrests or positive drug tests. The end result is ideal—the whole case is dismissed, and it does not show up on the public record.

There are other similar methods for keeping convictions off a person’s record, such as the Holmes Youthful Trainee Act, or HYTA, or in contrast, a method that enters the record but is removed following a completion of a term of probation.

Given the wide range of possible penalties, defenses, and outcomes, it is important to have an attorney who understands how to best defend you against drug possession charges. If you’re in need of a drug possession lawyer Grand Rapids, MI trusts, contact Blanchard Law to speak with an attorney about your case.

1. Treat your case as high priority.

While this may seem obvious to you, many prosecutors view drug possession cases as a lower priority than say a murder or other violent crime case. You can use this to your advantage. Prosecutors can be given hundreds of caseloads a month and can sometimes be convinced to lower a sentence or even drop the charges. If your Grand Rapids MI drug possession lawyer files lots of paperwork, depositions, and other document requests to show that you are serious about your innocence, you may be able to get the prosecution to come to a deal that works out in your favor. Make your case a high priority for you and follow all the proper procedures – including all the paperwork – and you may have a better chance of winning your case.

Sometimes the police officer doesn’t take into account that you were driving your friend’s car the night you were arrested for drug possession. For example, say you borrowed your friend’s car to run an errand. You get pulled over for speeding and the officer finds a reason to search the car. He finds marijuana in the glove compartment and arrests you for possession. Just because you were in the vehicle, doesn’t necessarily mean the drugs were yours. This same logic applies to a home or residence as well. The police need to prove that the drugs were, in fact, yours and not someone else’s who live in the house. A good Grand Rapids MI drug possession lawyer will use this fact to prove reasonable doubt to a judge or jury.

As ridiculous as this sounds, the police need to prove that you were actually in possession of a drug and not something that just looks like a drug. You need to verify with the crime lab that the substance you were found with is indeed a controlled substance (or illegal drug). Many times the prosecution will be required to have a lab technician testify in the trial to prove that it was an illegal drug (and getting them in the room can be a challenge with their full schedules). Adding this additional layer of complexity to your case shows the prosecution you are serious about defending yourself against the charges and could play a role in coming to a deal.

There are many ways to fight a drug possession charge. The three listed above are just a few common criminal defenses. Whatever defense you decide to take, make sure it is strong and you have the right people on your team. Drug possession penalties can be severe and you don’t want to take it lightly. If you have been charged with a drug crime, contact a drug possession lawyer Grand Rapids MI clients recommend from Blanchard Law to ensure your rights are protected.