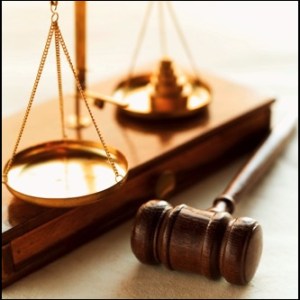 If you’re in need of a child pornography lawyer Grand Rapids, MI trusts, contact the attorneys at Blanchard Law. Our lawyers have successfully defended clients against allegations involving child pornography in both state and federal courts throughout Michigan.

The penalties for child pornography in Michigan are severe.

If charged by the federal government, a first offense for receiving child pornography can carry a minimum of five years in prison together with sex offender registration. Because of the serious penalties, it is important to speak to a child pornography lawyer Grand Rapids, MI trusts. Our attorneys have experience defending against allegations of child pornography production and possession in state and federal courts.

Our lawyers are skilled trial lawyers who understand the law and science involved in child pornography cases. Our lawyers have decades of experience trying cases to juries and practice the latest in trial presentation skills. We also understand the technology involved in child pornography cases and are able to effectively challenge the government’s “forensic analysis” evidence when they don’t complete a thorough or accurate forensic investigation.

Similarly, we understand the law surrounding your fourth amendment rights and how to suppress evidence that was illegally obtained. In order to determine whether evidence was illegally obtained, we need to speak to you to discuss how the government obtained the evidence and your role in the situation.  We have been successful in suppressing the results of computer searches and statements made by our clients.

We can help during the investigation phase. You shouldn’t speak to the police or special agents.

Often times, the first time a client knows that there is trouble on the horizon is that they are visited by a police officer or special agent from Homeland Security or the FBI. It is important not to speak to any agent of the government or consent to any searches. If you have already consented to a search or made statements, we may be able to help minimize the impact of those actions. The sooner you talk to a Grand Rapids child pornography lawyer, the sooner we can get to work trying to minimize the problems you’re facing.

If a police officer or special agent wants to speak to you about child pornography, simply tell them, “I want to speak to an attorney before answering any questions.” Be firm and ask them to leave. If they won’t leave, ask if you are under arrest. If you aren’t, you should leave the situation immediately.

Even if you feel like your case is hopeless, we may be able to help.

Some times clients think that because they were caught and admitted to certain things, there’s no point in talking to a lawyer. We have experience defending against cases that span the spectrum of possible allegations. Even in cases where the government followed the rules and the evidence is overwhelming, we can be effective in helping our clients to mitigate the sentence and move on to a more productive life. We have experience working with social workers, psychologists, statisticians, and others to prepare compelling mitigation arguments which reduce the length of sentences.

What You Should Do When The Police Are Investigating You

As a child pornography lawyer Grand Rapids, MI has to offer, it is very common for our firm to receive calls regarding police investigations and questioning. If you are facing a similar situation you might wonder whether or not you should talk to the police. It may be a good idea to avoid speaking to the police until you have consulted a child pornography lawyer Grand Rapids, MI residents can trust for advice,

What You Should Understand

There are three things you should understand, and most importantly, remember in a situation like this:

First – You have a right to invoke your Fifth Amendment Right which is the right to remain silent. You do not have to say anything.

Second – You have the right to ask a child pornography lawyer in Grand Rapids, MI to act as your voice and advocate. If you cannot afford a lawyer, the court should provide you with one.

Third – You are innocent until proven guilty. It is up to the prosecutor to show beyond a reasonable doubt that you are guilty.

If the police ask you to come to the station to answer some questions or for an interview, you can say “I would like to talk with a child pornography lawyer Grand Rapids, MI provides to you first.” After call Blanchard Law.

It is common for a person to wish to cooperate with the police, and wanting to help is an admirable trait. However, what these people might forget is the Miranda Warning in that anything said could be used against them. If you are only being interviewed, the police do not have to tell you these rights, nor do they need to tell you that it is your right to a lawyer. Police also do not have to let you know what evidence they may or may not have, whether there are witnesses, or anything said about you. They also don’t have to tell you if you are a suspect. Finally, police can, and do, say things to provoke emotions and outbursts that could make you vulnerable.

Police Will Think I am Guilty if I Don’t Talk

Even if you choose not to speak with police, they cannot use this against you. It might give them a reason to probe you further; however, speaking to them could also help them to prove your guilt.

I Just Want to Clear My Name

Even if you believe you are innocent, it is certainly possible that when you speak to the police, you find yourself guilty of breaking some law. As the saying goes “ignorance of the law is no excuse”. If police want to talk to you, they will likely think you have broken some law. Before you think you can clear your name, call a child pornography lawyer Grand Rapids, MI men and women can count on for honest, reliable legal advice.

I Can Provide Useful Information to the Police

If you try to help the police, it is possible that you also give them evidence that makes you guilty. Even if you are sure you want to help them, call a lawyer from Blanchard Law.

If you’re under investigation for child pornography or are facing charges relating to child pornography, you should contact a child pornography lawyer Grand Rapids, MI respects. Our lawyers are happy to meet with you and discuss how to defend your case. Call 616-773-2945 to schedule a consultation.