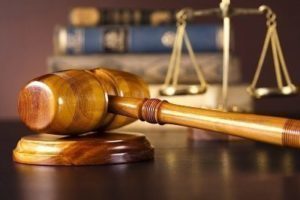 An arrest for delivery, manufacture, or possession of drugs in Michigan will require you to find the Drug Crime Lawyer Grand Rapids, MI relies on for the top defense of those charged with drug crimes. Blanchard Law’s attorneys have years of experience in defending drug cases, and can provide you with the help you will need in defending yourself.

What should you do if you have been arrested for a drug crime in Michigan?

Drug teams throughout the state of Michigan are notorious for using informants in investigating and prosecuting drug crimes. Informants are usually people who have previously gotten into trouble for a drug crime, and are trying to gain favor with the police and prosecutors by setting up other people in exchange for leniency on their crime. Whether you are guilty or innocent, it is likely that someone who is close to you may be working for the police, and using you to get out of their own trouble.

When you are under investigation for a drug crime, the drug cops will often try to get you to work as an informant. This is something that you should not do without first consulting a lawyer for a number of reasons. First of all, working as an informant is dangerous. The saying “snitches get stitches and wind up in ditches” is out there for a reason. When people discover that you have been working for the police, you may be placed in physical danger. Second, the police will often make you false promises about what will happen as a result of your work for them. The police may promise that your charges will go away or be significantly reduced, but after you complete the work for them, this may not happen at all. The police don’t have the power to make charging decisions. Your case will still be turned over to the prosecutor for charges, and the prosecutor is not bound by any promises the police made to you. The only way to bind the prosecutor is to have your lawyer enter into an agreement with the prosecuting attorney before you begin to do work as an informant for the police. Third, there may be a better way to avoid criminal charges than working as an informant. Your lawyer will be able to outline your options for you about fighting the case, or whether or not there is a deferral available to you that would help you to come out without a conviction.

If you are under investigation or have been charged with a drug crime, it should go without saying that you need to discontinue any involvement you might have with any drug-related activities, whether that is selling, manufacturing, using, or possessing drugs. Don’t make your case more difficult for yourself and your lawyer.

Because the government tends to rely on informants who are inherently unreliable when they are prosecuting drug cases, many people are falsely accused of drug crimes. You should meet with a lawyer as soon as possible so that you can begin your own investigation and start gathering evidence in support of your innocence. An experienced lawyer, like those at Blanchard Law, will have creative ways to gather evidence in support of your innocence, and can begin to put together a case that the government is wrong. However, the earlier you begin this process of gathering information, the better.

If you have been charged with a drug crime, contact Blanchard Law, the Drug Crime Lawyer Grand Rapids, MI trusts to defend them, at 616-773-2945.