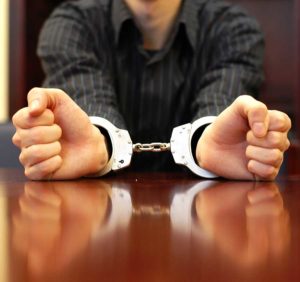 Being under investigation or being charged with a sex crime is one of the most terrifying experiences a person can go through. The penalties for most sex crimes are severe, and much of the time include prison and placement on the public sex offender registry. For allegations involving children under the age of thirteen, a criminal sexual conduct in the first degree charge can carry a mandatory minimum sentence of twenty-five years, and maximum penalties up to life.

How can a sexual assault lawyer in Grand Rapids, MI help me?

If you are the victim of a sexual assault and you reside in the Grand Rapids, MI area, contact Blanchard Law to speak with a compassionate attorney. Victims of sexual assault may be traumatized on several levels; physically as well as emotionally and spiritually. Following an attack, many victims report that their entire world has turned upside down and their daily lives may never regain normalcy. Our sexual assault lawyer in Grand Rapids, MI has a deep understanding of this. Our entire legal team works toward helping victims regain their lives and get justice from their perpetrator. Call our Grand Rapids, MI office today to speak with our sexual assault lawyer about your case during a confidential and free case review. This may be of great benefit to you in deciding how you wish to proceed based on the legal options available to you.

Did the criminal justice system fail you?

In many jurisdictions across the country, prosecutors and the testing labs responsible for processing rape kits are absolutely overwhelmed. In the worst scenarios (which are more common than many people realize), rape kits languish on the shelves for years before they ever processed. Often, the evidence at that point is compromised sufficiently to make it impossible for prosecutors to charge the suspected perpetrator with the crime of sexual assault. In other cases, the victim is so traumatized by the attack on them that they do not get tested for rape, and so the criminal evidence against their rapist is not available. In cases where it is a sexual assault of another nature, the presiding prosecutor may feel that there is insufficient evidence to charge a suspect because they feel the case will not hold up in court. Meanwhile, the perpetrator in any of the above scenarios is free to walk the streets and to harm additional victims. This is how someone can feel as if they were victimized twice; once by their assailant, and again by the criminal justice system. Our sexual assault lawyer in Grand Rapids, MI may be able to make a difference in your life by helping you to get justice. Contact us to learn more.

Are you considering filing a lawsuit against your perpetrator?

Regardless of whether or not your perpetrator is charged with the crime of sexual assault, as their victim you have the legal right to file a civil lawsuit against them for your damages. The evidence required for a criminal charge conviction is much more stringent than what is required for a guilty verdict in a civil trial. As a result, this is how many victims get retribution from those who harmed them. Though a guilty verdict in a civil case will not result in the defendant going to prison, they will likely be required by the Court to pay you a financial award. The amount awarded to you will be decided by the jury and/or Judge following the trial. In representing you, our Grand Rapids, MI sexual assault lawyer will argue that the amount of your settlement should equal to your damages. That may include compensation for your physical injuries, medical treatment, mental and emotional injuries, counseling, etc.

False allegations of sexual assault or molestation happen with far more frequency than most people expect. Whether the allegation is from an adult or a child, there are many different reason why a person would lie about being the victim of a sexual crime.

When a false allegation happens, it’s important to hire an attorney who can help figure out a way to successfully tell your side of the story. At Blanchard Law, we have extensive experience and training in investigating sexual assault allegations, and work hard to learn about the life of the accuser so that we can explain to a jury why that person might be making this false allegation. We utilize investigators, psychological experts, and scientific experts to assist us in proving the falsity of the allegations.

When an allegation is made, it is important for you to hire an attorney as early in the process as possible in order to try to avoid criminal charges or to avoid a criminal conviction for a sexual crime.

Do not engage in an interview with law enforcement.

If you are under investigation for a crime involving a sexual allegation, you will likely be approached by the police for the purpose of interviewing you regarding the allegations. Under no circumstances should you speak to the police about allegations of sexual assault, whether you are completely innocent or completely guilty.

If law enforcement is approaching you to interrogate you regarding these type of allegations, their goal is not to clear your name. Their goal is to prove that you committed the sexual assault. They will use what you say to confirm small details of the accuser’s statement, and will twist your words to make you sound guilty even when you’re not. If approached by police, the only thing that you should tell them is that you want to speak to an attorney.

Do not take a police polygraph.

In addition to trying to interview you, law enforcement may request that you take a polygraph or lie detector test. You should not agree to take the test. One, polygraphs are not necessarily accurate, and are not admissible in court. Two, the police are not using a polygraph in order to determine your guilt or innocence. They are using it as an interrogation tool. No matter the result, they will tell you that you failed, and attempt to use that as a way to coerce you into a confession.

If you have been accused of sexual assault, contact the sexual assault lawyer Grand Rapids, MI most trusts and respects. Reach out to Blanchard Law at 616-773-2945 today.