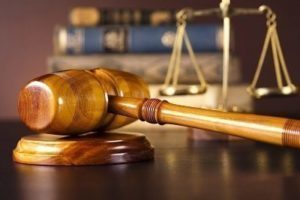 By retaining an assault and battery lawyer in Michigan to review your case, we can determine if it may be possible to have your assault charges dismissed. Here at Blanchard Law, we can investigate the evidence against you by carefully reviewing your case to determine if the evidence is sufficient enough. If evidence is insufficient, it may be possible to have the charges dropped.

Was the evidence improperly obtained? Was there a lack of probable cause at the time of the arrest? Was any evidence lost along the way? These are all common reasons the prosecutor may drop the charges against you. Contact our legal team so that we may review your case and provide you with the legal representation you deserve.

A felonious assault is an assault that involves the use of a dangerous weapon. It is a felony that is punishable by up to four years in prison. A felonious assault could be committed when someone points a gun at another person in a threatening manner, or threatening someone with a knife. It doesn’t necessarily require actual use of the weapon; simply the threat that the weapon will be used.

A more serious type of assault is assault with intent to do great bodily harm less than murder. This is a 10-year felony. Similarly, another 10-year felony is assault by strangulation. If you commit an assault that involves choking or intentionally cutting off someone’s airway, it becomes a serious felony.

You could also be charged with assault with intent to commit murder, which is punishable by up to life in prison.

A misdemeanor is considered less of a charge than a felony, and it is typically punished by less than a year of incarceration. On the other hand, a felony is much more serious, and requires more than a year spent in jail or prison.

By working with a Greenville, Michigan assault and battery lawyer from Blanchar Law, we can help you in more ways than one. They will serve as your legal advocate, negotiate penalties, and navigate the legal landscape for you. Do not hesitate to contact our legal team to learn more about how we can help and to schedule a consultation.

Self Defense Defense Strategy
The most common defense that a MI assault and battery lawyer in Greenville may use is the self defense strategy. It’s not unusual to see someone get charged with assault and battery, not because they started a fight, but rather because they successfully defended themselves against someone else’s attack. Our team of lawyers at Blanchard Law have seen this many times.

Other Possible Defenses to an Assault/Battery Charge
There are different options when it comes to possible defenses, which is why it is incredibly important to work with an assault and battery lawyer in Greenville. Depending on your situation, possible defenses can include self-defense, lack of intent (meaning it was an accident), and defending another person.

As previously noted, self defense is one of the most common defenses, and it means that the defendant did the physical act associated with the charge yet was justified in doing so because their life was in danger. In order to prove self defense was at the root of the incident, your lawyer will have to prove that:

We will work to paint you in the most favorable light possible to the prosecutor to help persuade them to make a decision in your favor.

In order to take action, we will need to review and even investigate your case to determine whether we may be able to have the assault charges dropped. We will gather as much evidence as possible by obtaining police reports, speaking with eyewitnesses, investigating procedural details regarding the arrest and reviewing any videos or photographs of the incident. This will be key as we build your case and determine whether or not we may be able to have your case dismissed.

Blanchard Law’s assault and battery lawyers in MI have extensive experience in defending those charged with assault and battery who make a claim of self-defense. We thoroughly investigate claims of self-defense, and help you find evidence to prove that you were not the aggressor. If you have recently been charged with one of these crimes, you may feel overwhelmed, nervous, and not know where to start. To bring clarity to your situation and help you to determine what you can expect with your upcoming lawsuit, our team has put together a beginner’s guide to criminal defense for assault and battery.

Have you been charged with assault? Every person facing an assault charge hopes that their case will ultimately be dropped. Although only a lucky few will be able to experience this opportunity, the best chance at obtaining this type of result is with Michigan assault and battery lawyer in Greenville We are experienced and savvy when it comes to representing clients who have received assault charges. If you have been charged with assault, we can work closely with you to protect your rights and ensure that you are able to put your best foot forward.

The ability to have your case dismissed will rely heavily upon the assistance of an experienced. You will require an attorney who can effectively review your case by looking closely at the details of the event to help strategize your defense. It can be challenging to have assault charges dropped. However, one of the best chances at doing so is with our assistance. Although we can’t make any promises, we have a stellar track record in the representation we provide to our clients.