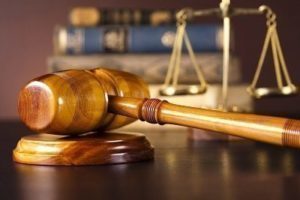 If you find yourself accused of some form of sexual assault, you will need a sexual assault lawyer Grand Rapids, MI can trust. Sexual assault can mean many things under Michigan law. The Michigan Legislature created a statutory scheme to prohibit some forms of sexual assault by adding the offense of “criminal sexual conduct” which encompasses several categories.

Sexual assault is categorized by degrees. The degrees are separated by the circumstances of the accusation, and by whether the sexual act is alleged to have affected the bodily surface of the individual or whether there is an allegation that there was intrusion into the bodily cavities. Because sexual assault is a general term describing different criminal conduct, the following is a brief overview of the various degrees of criminal sexual conduct crimes.

Criminal sexual conduct in the first degree prohibits non-consensual sexual penetration accomplished under certain aggravating circumstances. It is punishable by up to life in prison, and if the violation was against a person less than 13 years old, there is a 25-year mandatory minimum. Penetration can include genital openings, as well as the mouth or anus. To qualify within the first-degree category, one or more aggravating factors must be present. These include: if the victim was under 13 at the time; if the act occurred in conjunction with the commission of a felony; if the victim was mentally incapable, incapacitated, or physically helpless; if the person accused was armed with a weapon; or personal injury while using force or coercion to commit the act.

Criminal sexual conduct in the second degree involves intentional touching of the genital area, groin, inner thigh, buttocks, or breast of another for a sexual purpose. It is punishable by not more than 15 years in prison. Specifically, the government must be able to prove that the touching could reasonably be construed as having a sexual purpose. To qualify in the second degree, one or more of the aggravating factors listed in the first-degree category must be present.

Criminal sexual conduct in the third degree is like first degree, but it does not involve any of the aggravating factors. It is punishable by imprisonment of not more than 15 years. It may be proven by showing that force or coercion was used to accomplish the penetration. It is not limited to physical force or violence, but also threats. The ages of the involved persons play a role, as well as authority or relation by blood or marriage.

Criminal sexual conduct in the fourth degree is like the second degree, again without aggravating factors. It involves intentional touching of certain areas of the body for a sexual purpose, or that can be reasonably construed as having a sexual purpose. It is punishable by up to two years in prison.

There are also several other sexual assault crimes not mentioned above, including assault with intent to commit criminal sexual conduct involving penetration or contact, indecent exposure, crimes involving child sexually abusive activity, or accosting a child for immoral purposes.

Sexual assault crimes are serious and can have lasting consequences such registration on the sex offender registry. It is critical to seek the involvement of an attorney as early as possible if you find yourself being investigated or accused of a sexual assault crime. Contact the sexual assault lawyer Grand Rapids, MI trusts and respects. Call 616-773-2945 to speak to a lawyer about your case.