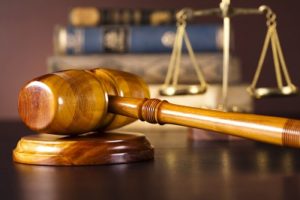 If you have been charged with misdemeanor in Grand Rapids, MI, you may be looking at large fines, probation, or even jail time. Although the consequences might not be as harsh as those for a felony conviction, your life can be severely impacted. This is one of the many reasons it is recommended that people in your situation enlist the help of a Grand Rapids, MI misdemeanor lawyer.

Many people fail to realize that a misdemeanor can have an effect on employment, renting or purchasing a home, and other parts of life. Furthermore, it is common for a person to admit guilt without considering other possible options. Before you plea guilty or not guilty at a hearing, you should take a moment to understand your rights as well as the benefit of having a misdemeanor lawyer on your side.

At Blanchard Law, we are dedicated to helping clients who have been charged with a misdemeanor or other crimes. It is our goal to protect your future as best as possible, and reduce the consequences of the charges brought against you.

What is a Misdemeanor Charge in Grand Rapids, MI?

Criminal acts are divided into two categories: misdemeanors and felonies. A misdemeanor crime is generally less serious and punishable by fines, probation, mandatory rehabilitation, and short term jail sentences. Felonies are more severe and carry harsher consequences including prison time. Examples of charges that a MI misdemeanor lawyer can handle for people charged with crimes in Grand Rapids includes:

If you are facing a misdemeanor charge, you should take your case seriously. Any conviction, regardless of how “pety” it might seem can have a negative domino-like effect on your future. By retaining a misdemeanor lawyer, you can ensure your rights are protected and that you are not being falsely accused, discriminated against, or taken advantage of for your Grand Rapids, MI misdemeanor crime.

Having a Misdemeanor Record

Regardless of you being charged as an adult or a juvenile, a conviction of a misdemeanor can stigmatize you as a criminal for many years to come. You may be denied jobs or places to live because of a record. Most likely, a misdemeanor will show up on a background check, and could remain there for the rest of your life. As a misdemeanor lawyer who has served people in Grand Rapids and throughout MI, we have heard of clients who felt haunted by their criminal record, even 5 or 10 years after the charge. Had these individuals had a lawyer on their side, they might have had the opportunity to have their charges reduced or dropped. For example, a lawyer may be able to ask a judge to reduce a Class A misdemeanor to a Class B or C which may be expunged from a criminal record after a certain period of time.

Talk to a Misdemeanor Lawyer About Your Charges

We know that you might feel upset and confused about your charges, your rights, and what to expect from the criminal justice system. Our misdemeanor lawyers are here to help you navigate the process and help you to get the best possible outcome.

Let us defend your freedom, your reputation, and your future. Call a misdemeanor lawyer now.