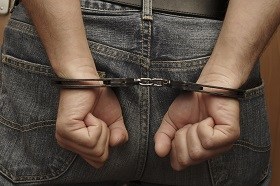 When it comes to being arrested to a domestic violence accusation, a Domestic Violence Lawyer in Grand Rapids, MI from Blanchard Law knows that sometimes the accused simply didn’t do it. Unfortunately, if one person gets upset, all he or she has to do is call the police and say that they were assaulted by a current or past significant other. Chances are, police will show up and put the supposed perpetrator in hand-cuffs without a second thought.

If you or someone you love was arrested just because a disgruntled former partner wanted to cause an issue or seek revenge, then it’s best to get legal assistance in resolving the matter.

After deciding to have a Michigan Domestic Violence Lawyer in Grand Rapids represent you, we will get to work right away building a defense against the domestic violence charges you face. After a case evaluation, we can let you know whether the charges are minor or major, and what strategies would be best to help protect your innocence. Here is a list of some of the more common domestic violence defenses:

Severe Penalties for Domestic Violence
When an individual engages in a physical assault against a family member or other member living in the same household, he or she can be arrested and charged with domestic violence. In the event of police coming to your home and finding evidence, be it physical or verbal, of domestic violence, the alleged perpetrator will likely be taken to jail.

The awareness of domestic violence has grown significantly over the last decade or so. In Michigan, and across the United States, there have been a number of new laws passed to combat domestic violence. This means that when a person is facing these charges, the penalties can be severe. Furthermore, there is a high chance of being given a permanent record in addition to having an unsavory public opinion from local community members, your job, or other parties. If this isn’t something you are ready for, consider calling a domestic violence lawyer in Grand Rapids as soon as possible.

At Blanchard Law, we bring decades of experience to the strategic defense of men and women who have been charged with a broad range of criminal acts, including domestic violence. Having handled a large number of these cases, and guided by a strong understanding of the serious nature of the charges, we implement a diligent mindset to defend clients’ against domestic abuse, assault, battery, and other violent acts. For a consultation with a MI domestic violence lawyer, call Blanchard Law.

Let Us Defend Your Rights
It is easier to be arrested for domestic violence than it is to persuade the prosecutor to drop the charges. Even if the accuser wishes to drop the charges, the state can continue with the prosecution. If you do not take the necessary measures to protect your rights, the chances of you being found guilty, is high. With the assistance of a Grand Rapids, Michigan domestic violence lawyer, your case can receive the attention it needs so as to protect your rights and future.

The Consequences of a Domestic Violence Charge
The consequences of a conviction can be particularly devastating. Your reputation may be harmed and your personal well being affected. Apart from the possibility of having large fines, mandatory anger management classes, terms of imprisonment, and being ordered to pay restitution, you may also find that the following will likely apply:

Telephone Harassment
Using the phone to harass another person can be considered domestic violence if that person is your spouse, partner, or a household member. If you use the phone to make threats, express lewd or obscene comments, make repeat calls, or influx verbal abuse, you can be charged with domestic violence. Bear in mind, these charges can also be prosecuted when the acts were made with other forms of technology, such as, via email, social media, messaging systems, and so forth.

Realistically, if you have been charged with domestic violence, you should have a member of our team help you. Call Blanchard Law now.

If I Am Accused of Domestic Violence, Will CPS Take My Kids?
There are few challenges more stressful in life than weathering an investigation by Child Protective Services. The reasons why CPS conducts investigations are noble, but that does not always mean that the process is wholly reasonable or that the parents targeted in these investigations have necessarily done anything wrong.

It is therefore important to consult with our lawyers at Blanchard Law if CPS informs you that it is conducting an investigation that concerns your family and any accusations of domestic violence that you have been affected by. Consulting with us can allow you to better understand your rights in this situation and can enable you to execute a strong legal defense when necessary. Speaking with our firm about your situation does not imply guilt. Speaking with legal professionals allows you to make informed decisions about your legal situation, whatever that may be.

Don’t Panic
Child Protective Services initiates investigations for a host of reasons. In many instances, CPS receives a tip from a concerned individual who may not understand a family’s circumstances. For example, if a teacher is unaware that a child has a hematological disorder and becomes increasingly worried about the number of bruises visible on that child’s body, he or she may be compelled to alert CPS due to mandatory reporting statutes.

Investigation and Aftermath
Once an investigation has begun, Child Protective Services may conduct interviews with members of your household. It is also possible that a case worker may request physical and/or psychological examinations of your child. If you have questions about whether your child should be compelled to submit to such examinations, you should speak with our Grand Rapids, Michigan domestic violence lawyers.

You may also wish to speak with our firm about any criminal convictions in your past or past criminal history of individuals in your household. As CPS may be curious about your criminal record, it is generally a good idea to ask any questions you have about this part of your family’s history. We can then discuss how to approach this subject in the context of the CPS investigation.

If the CPS investigation reveals any concerns, the agency will likely work with you and your family to create a service plan in order to minimize any risks for abuse or neglect that CPS perceives. You may gain access to parenting services, counseling and other forms of support. If the situation is deemed to be sufficiently dire, your child may be temporarily taken from your home. Any investigation-related outcomes must be discussed with us so we can help you make informed decisions about your family’s situation moving forward.

Contact Blanchard Law Today
Never take arrests for domestic violence lightly. If you or someone you care about was arrested for such accusations, then now is the time to act. The sooner you get an attorney, the sooner you have a professional helping build a case in your defense. Do not hesitate to contact us for a free, no-obligation appointment with a Domestic Violence Lawyer in MI from Blanchard Law today.