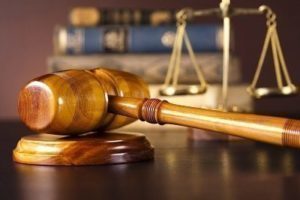 The state law is codified in statutes, while the city enacts ordinances. Oftentimes the statutes and the ordinances overlap, and the prosecution may use discretion in determining the applicability of a statute or ordinance to institute criminal proceedings. Ordinances must still comply with the constitution and constitutionality may be challenged. For instance, an ordinance may not infringe on the freedom of speech or be unconstitutionally vague or overbroad.

Ordinances may contain punishment provisions in the same manner that state statutes do. If the ordinance does not designate a punishment, it may not exceed a fine of $500 and/or imprisonment for 90 days. An ordinance cannot override state law, and any ordinance that contravenes a state law is void. If the ordinance only contains additional regulation, it does not necessarily mean there is a conflict. An accusation that one has violated a city ordinance with criminal penalties has all the same rights connected with it that it would if it were charged under state law. An individual is afforded a right to a trial, and it must conform to the proceedings of state law misdemeanor cases.

Misdemeanor charges within the city limits of the City of Grand Rapids are typically charged by the city attorney’s office. The city ordinance cases are handled in the 61st District Court. Some common ordinance violations include: trespass, assault and battery, and disorderly person. If you are facing one of these charges, or any other ordinance violation, it is important that you find a lawyer to assist you in achieving the best possible outcome. A conviction could result in collateral consequences and it’s best to have an attorney to advise you and help navigate the proceedings.

Reach out to a Criminal Defense Lawyers Grand Rapids, MI trusts to discuss how to best defend your pending case. Give Blanchard Law a call at (616) 773-2945 to speak to a lawyer today.